The Fe Maidens are proud to announce that the 2015 documentary on our team, “Fe Maidens (Iron Maidens)” by Jenny Schweitzer, was a Schools at the Festival Official Selection at the San Francisco International Film Festival. It was also featured in “A Child’s Perspective,” the San Francisco Film Society’s Classroom Guide to expose children to film and teach them about the diversity of our country.

On Sunday, May 15, we and the SciBorgs attended the Bronx Parade in Bronx, NY. We walked through the parade route and drove the robot along the way. We walked along with fellow Bronx Science students and at the booth, the SciBorgs shot the ball into the crowd (and at a policewoman!) a few times. And even when it rained, nothing was able to stop our high energy and positive vibes!

The whole event was very upbeat, and at the final event, we enjoyed listening to the borough president’s speech and demonstrating our robots to the president. We had a great time interacting with the bigger Bronx community and talking about our robot and how FIRST and STEM have undoubtedly changed our future and our lives.

On Saturday, May 7th, we and the SciBorgs attended the World Science Fair at Lehman College in Bronx, NY. As the only two robotics teams at the event, we engaged with young students who were inexperienced in STEM fields and allowed them to interact with our robots. 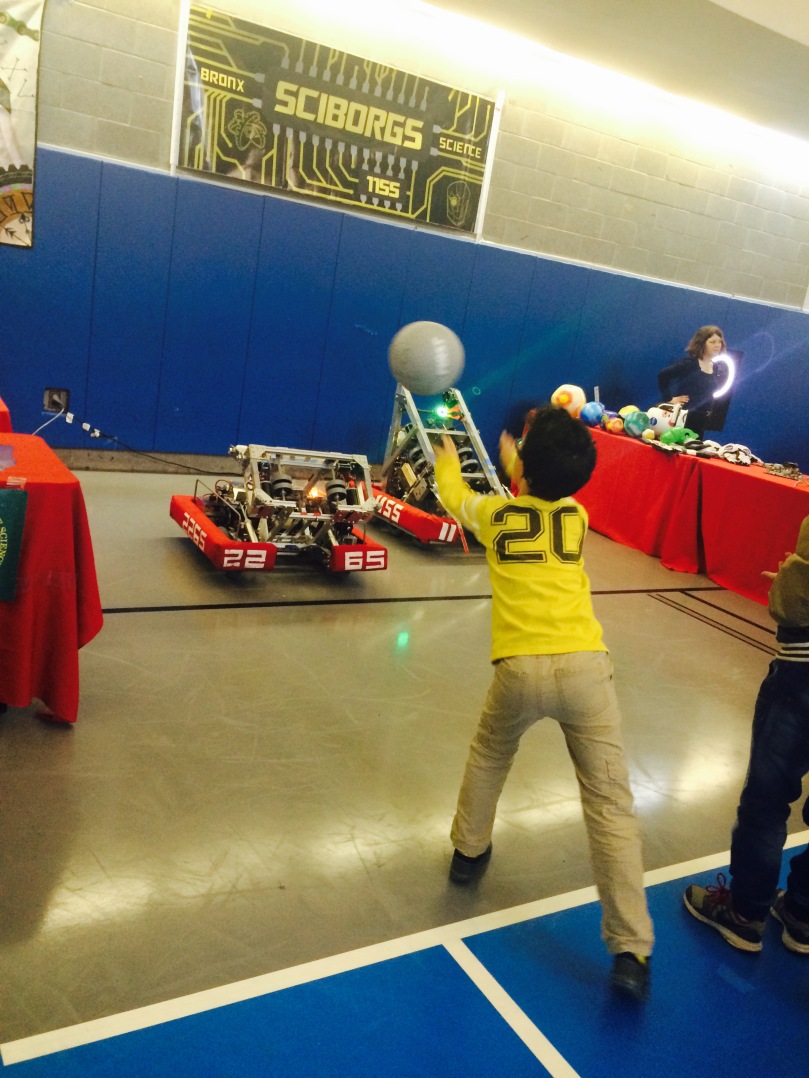 We interacted with the students at this event and introduced them to science and technology. They were super eager to learn more about our school and our robot while passing the FIRST balls back and forth with the robots and bowling the ball into the SciBorgs’ robot. They even asked us how and why the robot was able to move and acquire and shoot the robot.

Students at the event included 8th graders who were accepted into Bronx Science and adults interested in having their children enroll in Bronx Science. Our enthusiasm at this event was clearly shown when we “maxed out” our robot as we had one of our members edit the robot’s code to change the speed of the robot, which had overheated and had screws flying out.

Overall, we not only drew a big crowd and inspired both adults and young children to become more involved in STEM, but also had a fun time shooting the balls into crowds and helping set up the walking-on-water corn starch experiment.